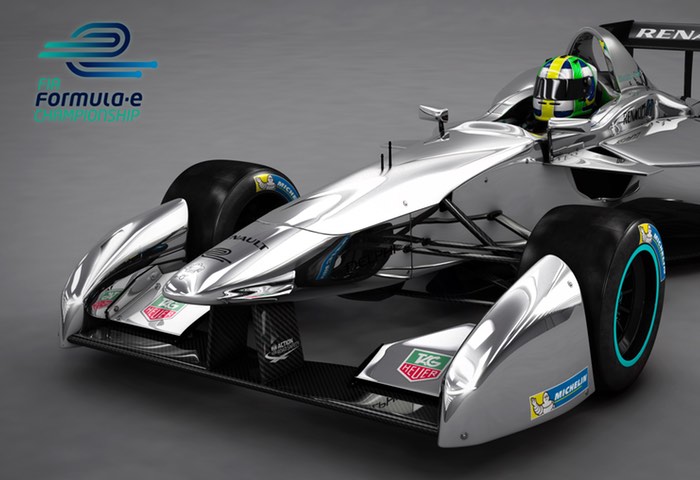 The new FIA Formula E Championship begins in Beijing on October 17th 2015 and ahead of that teams have been tweaking and tuning their cars ready for the competition to begin.

Footage has been released this week revealing the noise the new FIA Formula E cars make using their electric power units, the use of traction control is forbidden.

The cars are also fitted with a traction battery that takes the form of a Rechargeable Energy Storage System (RESS) and supplies electric energy to the Power Circuit and thus to the traction motor.

In the first season of Formula E, all 10 teams used identical single-seater cars – designed and built by Spark Racing Technology (Spark-Renault SRT_01E) together with the expertise from McLaren, Williams, Dallara, Renault and Michelin.

For season two, Formula E becomes an open championship allowing teams, and manufacturers, to develop their cars. This will begin with the development of new powertrain solutions – incorporating the e-motor, inverter and transmission – with future regulation changes allowing for battery development.

For more information about the FIA Formula E Championship jump over to the official website for details on all the teams, car specifications and races, that conclude with a season finale double-header in London.