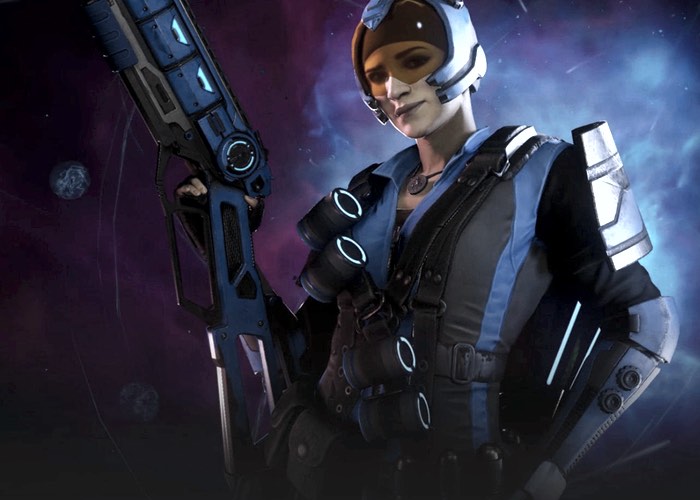 Since going free-to-play the Evolve game has seen a revival in players and has this week released more details about the second Evolve Stage 2 Hunter that will be joining the roster in the form of Quantum Caira.

Check out the Quantum Caira teaser trailer below to learn more about her skills and weaponry you can expect to enjoy whilst playing the new hunter within the Evolve Stage 2 relaunched game.

Before Evolved was relaunched under its free-to-play model, the game had a pitiful 200 players on PC, after which this number grew to more than 2 million in less than a month. How long those new players will hang around will depend on how quickly the teams at 2K and Turtle Rock Studios keep the gameplay fresh and inviting.

– Proton Field – A zone that deals damage over time to enemies. Can stack multiple fields.

– Neutron Barrier – A short damage-resistance buff for all nearby Hunters.

– Generyst II Field: An area that heals Hunters and damages Monsters for the duration of the effect.