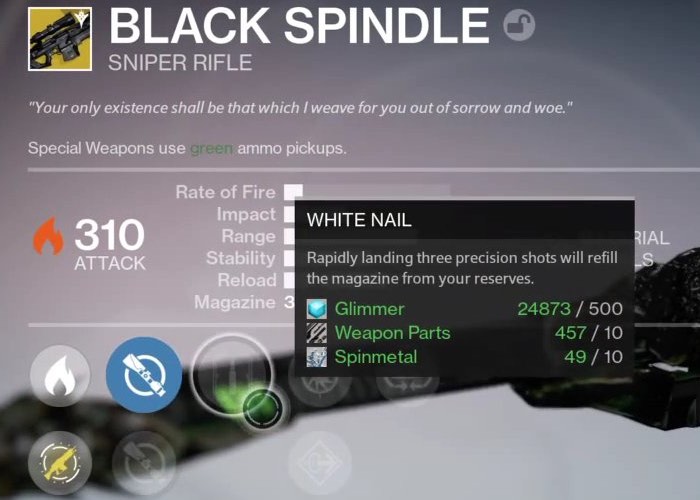 A new exotic weapon has been discovered within the Destiny daily missions providing players with a new Black Spindle Destiny sniper rifle.

Rob Engeln from Bungie has confirmed a few details about the Black Spindle Destiny drops via Twitter explaining that the weapon will only be available to players when the “Lost to Light” is featured as the Daily Heroic Mission.

Meaning that players who unfortunately don’t get their hands on the weapon before the daily reset, will need to then wait until the mission is once again made available. But don’t worry too much as Engeln explained that the “Lost to Light” Daily Heroic Mission will be rotated “often” to provide players with a chance of securing it. 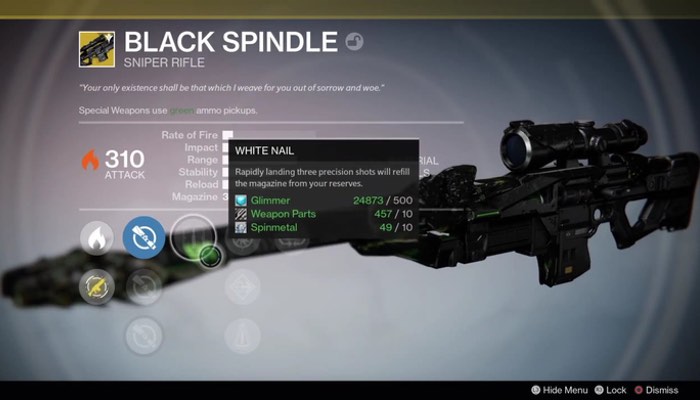 Watch the video below to learn a bit more about the new Black Spindle Destiny sniper rifle. A Year Two version of the much-desired Black Hammer weapon from the Crota’s End Raid offering those lucky enough to get their hands on one a 310 attack rating and drops for every member of the participating fire team. Good Luck!