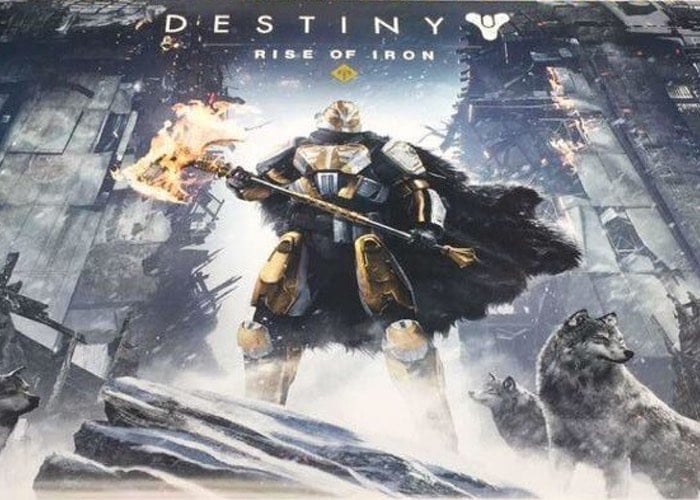 If a leaked image of a promotional Destiny poster is to be believed the leaked poster has now been authenticated by two sources close to Bungie), it seems that games developer Bungie is gearing up to launch the next expansion to the hugely popular Destiny video game, which will be called Rise of Iron.

As the name suggests it is thought that the new Destiny Rise of Iron expansion will focus on the Iron Lords and the Iron Wolves that re represented by two groups of nine Guardians.

Unfortunately at the current time it’s not clear how the new Destiny expansion will be related to the Iron Banner PVP event, although the poster appears to feature Iron Banner maestro Lord Saladin brandishing a hammer or flaming axe in the leaked promotional poster.

As soon as more details are made available over the coming weeks about the new Destiny Rise of Iron we will keep you up-to-date as always.