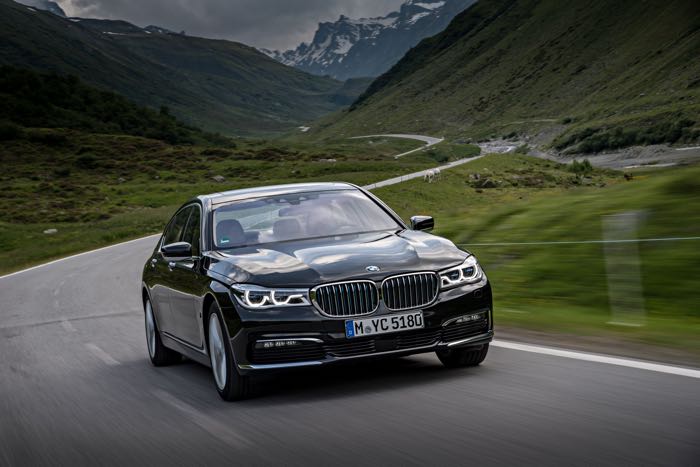 The BMW eDrive drive system technology developed for BMW i cars has arrived in the new BMW 7 Series model range in the shape of three plug-in hybrid luxury sedans. The trio source their power from the myriad talents of a latest-generation four-cylinder petrol engine with BMW TwinPower Turbo technology and an electric motor. Together, they deliver a system output of 240 kW/326 hp. The new BMW 740e iPerformance with standard wheelbase and the new BMW 740Le iPerformance with long wheelbase capture the imagination with supreme dynamics, yet also record average petrol consumption of 2.2 – 2.0 litres per 100 kilometres / 128.4 – 141.2 mpg imp and CO2 emissions of 50 – 45 grams per kilometre (BMW 740Le iPerformance: 51 – 45 g/km).

You can find out more details about the new BMW 740e iPerformance and the other new hybrids over at BMW at the link below.