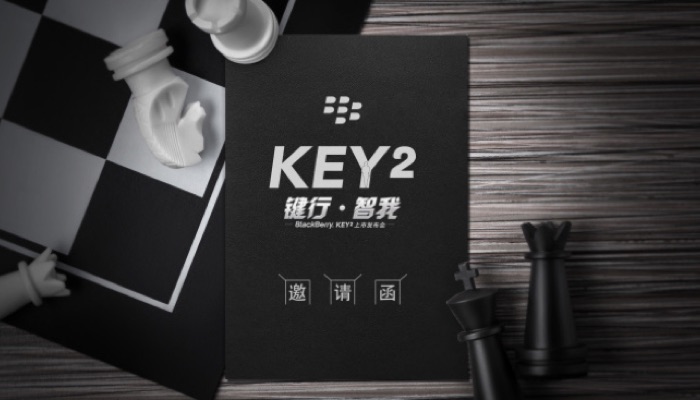 The new BlackBerry Key 2 smartphone recently appeared on a teaser video. The handset will be made official at a press event in New York on the 7th of June.

BlackBerry will also be launching the handset at a press event in China on the 8th of June, the picture above is a teaser photo for the event.

The handset is rumored to come with a number of upgrades over the existing device. The device will come with a 4.5 inch display with a resolution of 1620 x 1080 pixels and 6GB of RAM and 64GB of built in storage. It will also come with a full QWERTY keyboard like the KeyOne.

The device is also rumored to be powered by a Qualcomm Snapdragon 660 processor and will come with Android Oreo. We should have more details about this new BlackBerry Android handset when it is made official later this week.