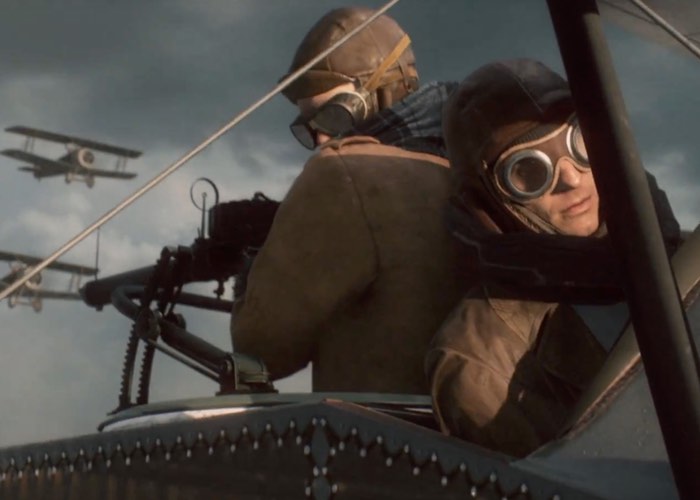 As the highly anticipated launch date for the new Battlefield 1 game approaches its developers EA DICE have released a new single player campaign trailer which allows you to glimpse a little more of the storyline and characters you’ll be able to enjoy as you play through it.

– Assault: The primary anti-vehicle class. Assault players have SMGs and shotguns at their disposal.
– Medic: The Medic class is primarily focused on reviving fellow teammates, healing them, and repairing their vehicles. The primary weapons in this class are semi-automatic rifles.
– Support: Supports have light-machine guns at their disposal. They also contribute to the team by replenishing their fellow team-mates’ ammo.
– Scout: Scouts use sniper rifles. The class contributes to the team by spotting enemies, and by firing the flare gun, which places nearby enemies in the vicinity on the mini-map.
– Tanker: Players choosing to spawn into a tank will now automatically spawn as the tanker class. The class is new to the series, and features a hammer that can repair vehicles.
– Pilot Class: Players who spawn into a plane will now automatically spawn as the pilot class. Outside of planes, pilots have access to pistol-caliber carbines.
– Cavalry: Players who choose to spawn on a horse would give them the cavalry class
– Elite: Elite classes are obtained by players through a pickup on the battlefield, which allows them to wield different special abilities or weapons such as the flamethrower. This class has different variations such as the Sentry, Tank Hunter, and Flame Trooper.

Discover classic Battlefield gameplay through an adventure-filled campaign with the Battlefield 1 single player.