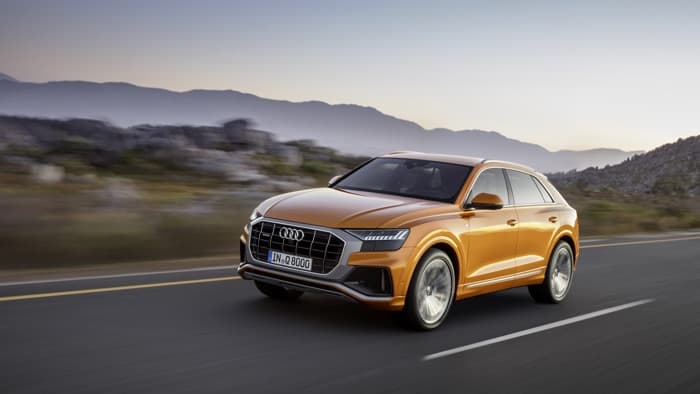 The Audi Q8 was made official recently and Audi are working on a high powered version, the Audi RS Q8.

According to a recent report the new Audi RS Q8 will come with a hybrid powertrain and could feature a massive 670 horsepower.

The carb will apparently use the same twin turbocharges V8 engine and electric motor from the Porsche Panamera Turbo SE hybrid. The engine in the Porsche comes with 542 horsepower so it will be getting an upgrade for the new RS Q8.

670 horsepower is a lot of power, especially for an SUV and would end up being Audi’s most powerful car, it would even come with more power than the R8 V10 Plus.

As yet there are no details on when the new RS Q8 will be revealed, the car will launch some time in 2019, so we may see it made official before the end of this year.