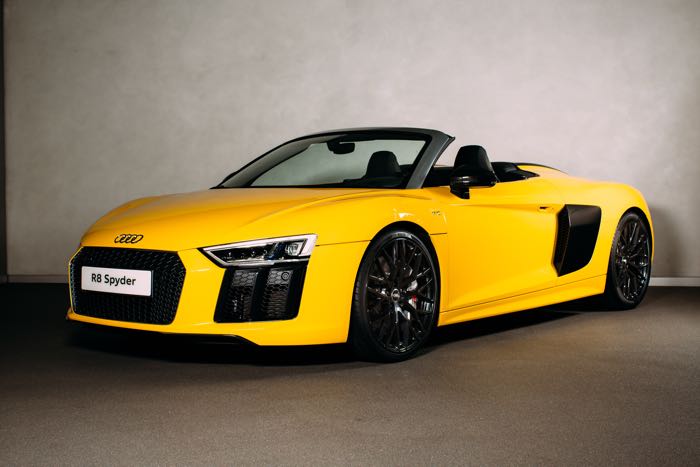 Audi has announced that their new supercar, the Audi R8 Spyder has gone on sale in Europe and prices for this convertible R8 start at €179,000. 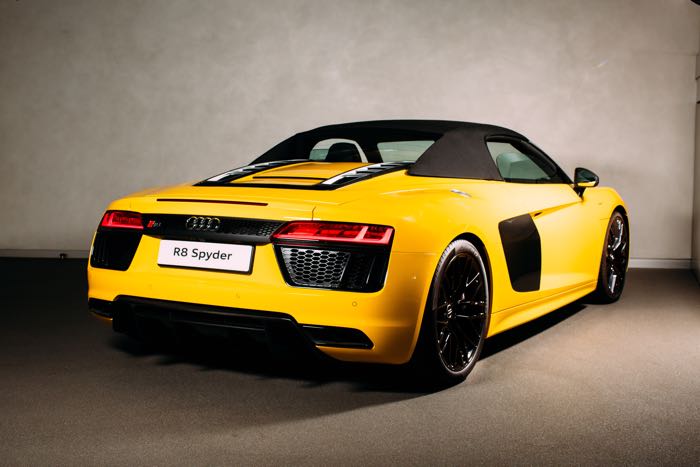 V10 engine – an intensively palpable experience when driving with the soft top folded back. The newly developed Audi Space Frame also makes its own contribution to the improved performance. It features a combination of interconnected components manufactured from aluminum and structurally-integrated carbon-fiber-reinforced plastic. Its torsional rigidity has been improved by 50 percent in comparison to the predecessor model. The curb weight of the mid-engined supercar is just 1,720 kilograms (3,792.0 lb), whilst its dry weight comes in at a mere 1,612 kilograms (3,553.9 lb). Both the intelligent lightweight construction and the freewheeling mode reduce consumption: compared to the previous model, the new Audi R8 Spyder V10 is content with using ten percent less fuel.

With lightning-fast shifting, the seven-speed S tronic transmission transfers power to the newly developed quattro drive system. The electrohydraulic multi-plate clutch distributes drive torque fully variably depending on the driving situation – up to 100 percent of it can even be directed to either the front or rear wheels in extreme situations. The result is particularly dynamic and precise handling.

You can find out more details about the new Audi R8 Spyder over at Audi at the link below.