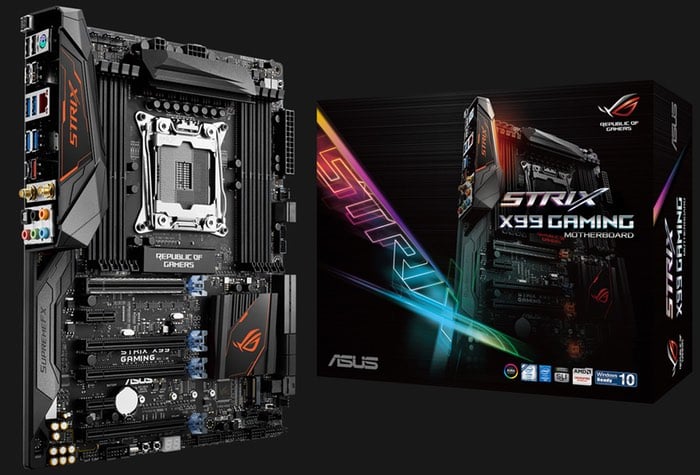 Joe Hsieh, ASUS Corporate Vice President and General Manager of Motherboard Business Unit explains more about the design of the latest motherboards to be unveil by ASUS.

Our X99 motherboards have won awards from many respected publications and editors around the world, with ASUS consistently praised as the number-one motherboard brand. We are keen to offer best-selling, easy-to-use, stable and trusted motherboards – that’s why we call them BEST. And we’re proud to introduce our all-new X99 motherboards allowing users to customize their experience and maximize performance in ways that simply aren’t possible with any other brand of motherboard

The new X99 Signature motherboards features include the pioneering OC Socket to drive CPU and DDR4 performance beyond all expectations, and exclusive 5-Way Optimization for one-click overclocking and cooling. With the newly upgraded Fan Xpert 4, X99 Signature motherboards elevates customized cooling to new heights, with the ability to detect PWM/DC fans on all headers, use high-amperage fans and control water-cooling pumps in both software and the media-acclaimed ASUS UEFI BIOS.

Next-generation connectivity is also a major theme of the refreshed X99 Signature series, with up to dual U.2 and M.2 slots to tap into 32Gbps of PCIe bandwidth, 3×3 802.11ac Wi-Fi, and USB 3.1 Type-A and reversible Type-C. X99-Deluxe II also includes ASUS ThunderboltEX 3, a quick-to-fit expansion card for blistering transfer speeds of up to 40Gbps.

ROG Strix is the newest recruit into the Republic of Gamers – and ROG Strix X99 Gaming is the first ROG Strix motherboard. ROG Strix X99 Gaming delivers premier performance, innovation, and confident dynamism to release the gamer’s inner rebel, with a bold design and bright, customizable colors that channels the spirit of fierce individualism.

For more details and full specifications on all four motherboards unveiled by ASUS this week jump over to the official press release via the link below.