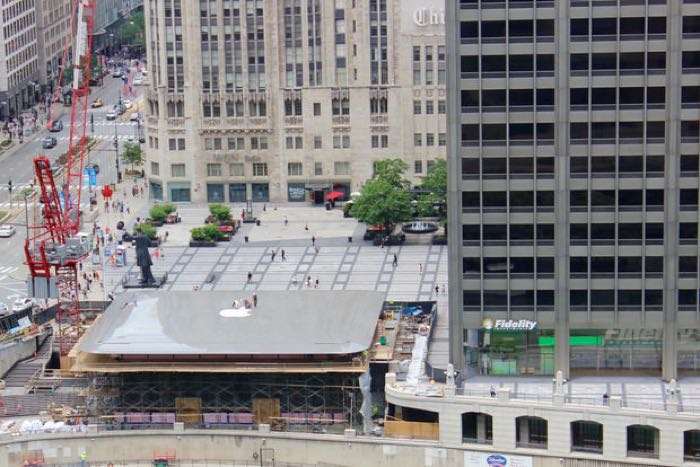 Apple is building a new Apple Store in Chicago and the store has a giant metal roof which looks very similar to a MacBook Pro.

On Thursday the construction crew who are working on the store place an Apple logo on the metal roof, this can be seen in the video below.

The logo has since been removed but it will probably return closer to the completion of the store. The new Chicago Apple Store will measure 20,000 square feet and will have two floors.

As yet there are no details on exactly when the new Apple Store in Chicago will be finished, as soon as we get some more details, we will let you guys know.