Apple has been granted another patent for a new Smart Cover, although this one is slightly different than Apple’s existing Smart Cover as it features a secondary built in display.

As you can see in the figure below, this new smart cover features a built in flexible display, and it is designed to ‘greatly enhance’ the functionality of the iPad. 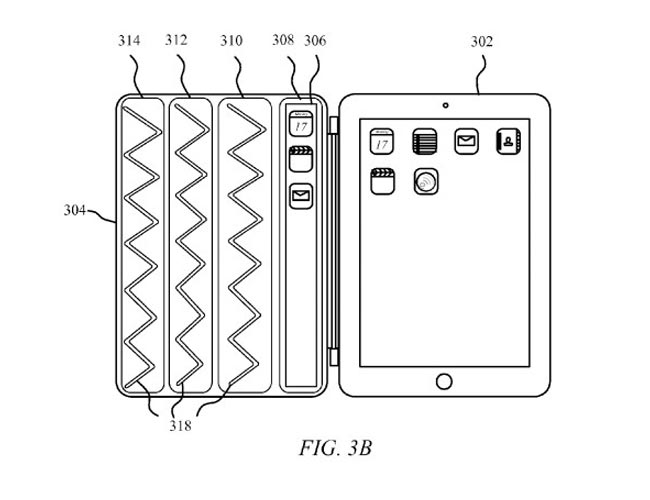 The patent was discovered over at the USPTO by the guys from Engadget, we wonder if Apple will launch this Smart Cover with a built in flexible display some time in the future.