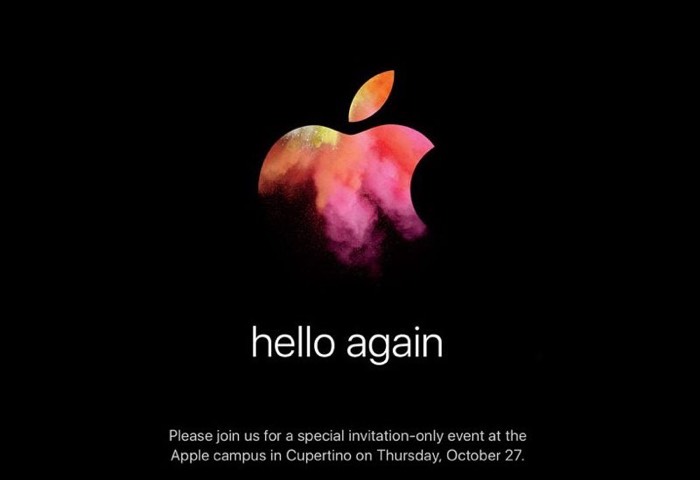 We heard a rumors that the new Apple Macs would be announced at an event on the 27th of October and now Apple has sent out invites to the event.

We are expecting to see some new MacBook Pro’s at the event there will be two models a 13 inch version and a 15 inch version.

These new MacBook Pros will come with the latest processors and are expected to feature an OLED bar which can be programmed instead of the function keys.

It is not clear as yet on whether we will see some new iMacs at the event, Apple are rumored to be working on some new ones, we will have mnore details next week.