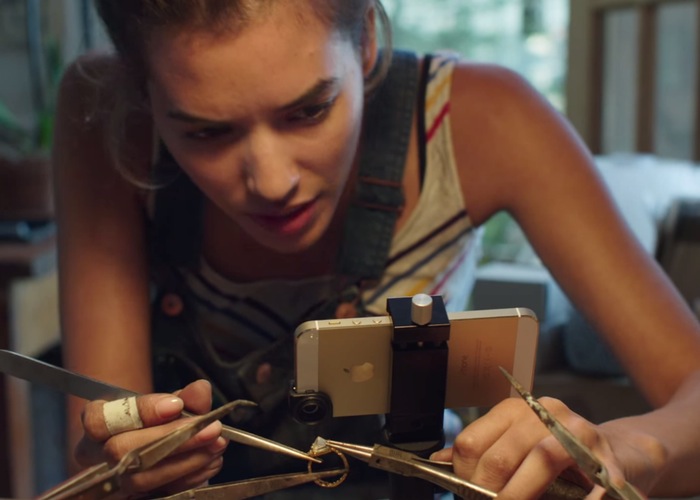 Apple has this week released a new one minute advert for its iPhone 5S smartphone revealing a variety of inspiring ways that the smartphone can be used to enhance your daily life, accompanied by the music from Jennifer O’Connor’s “When I Grow Up”.

To re-cap the Apple iPhone 5S is equipped with Apple’s new A7 processor and 64-bit architecture, fingerprint identity sensor and runs the iOS operating system which has been specifically tailored to run 64-bit apps and hardware.

The latest Apple A7 processor supports OpenGL ES version 3.0 and is capable of delivering powerful graphics rendering and complex visual effects once only possible on computers and game consoles, thanks to support from the new M7 coprocessor. Apple explains :

“You’re more powerful than you think. You have the power to create, shape and share your life. Its right there in your hand. Or bag. Or pocket. Its your iPhone 5S. There’s fast. And then there’s A7 fast. The new A7 chip gives you CPU and graphics performance up to 2x faster than the A6 chip.

Even more impressive, A7 makes iPhone 5s the first 64-bit smartphone in the world — that’s desktop-class architecture in a superslim phone. And because iOS 7 was built specifically for 64-bit, it’s uniquely designed to take advantage of the A7 chip.”

Check out the new Apple advert below or for more information on the new Apple iPhone 5S jump over to the official Apple website for details.