The iFixit team has wasted no time taking their tools to the new 13-inch MacBook Pro and 15-inch MacBook Pro laptops that were unveiled and launched by Apple earlier this week. Revealing the new Apple laptops complicated inner working and integrated components to the world and giving them repairability ratings.

iFixit has awarded the Apple 13-inch MacBook Pro Retina notebook with a repairability rating of just one, which has dropped even further from its last rating of just two. 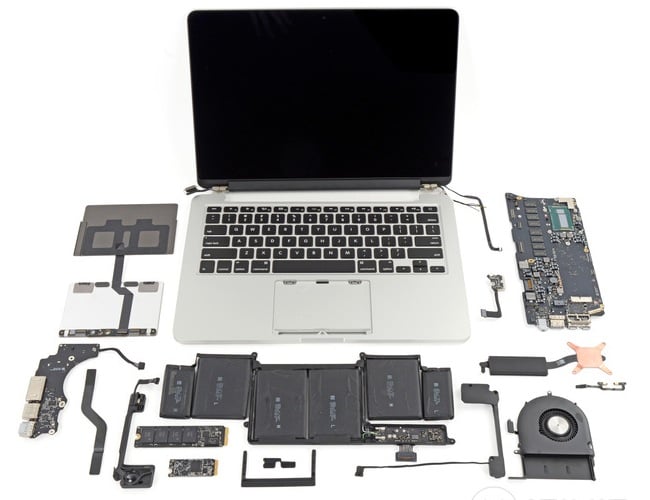 The new Apple 15-inch Retina notebook followed the same path and was also give a repairability rating of just one. But considering the laptops are made from custom parts which are fully integrated to create its slick appearance, together with the new retina display being fused inside the whole unit. You can’t really expect to be able to repair the devices that easily without returning them to their manufacture.