A new patent for Google’s Android OS has been discovered at the USPTO by the guys over at Engadget. The photo below shows how the patent will work on the lock screen of an android device.

The new unlock screen will let you unlock your device using a pattern unlock, and when you use that pattern you will automatically go to a specific app. 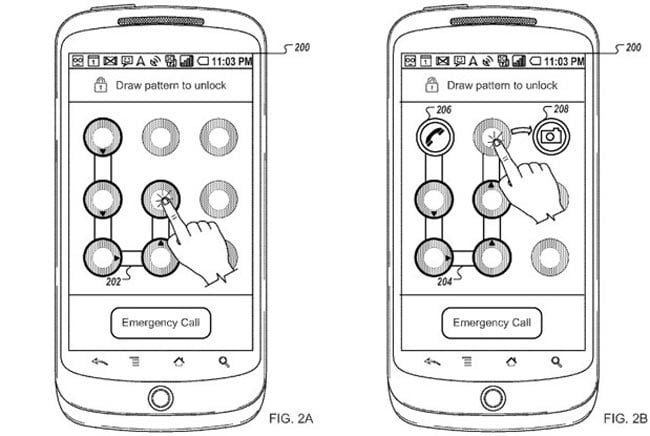 What is interesting is that you will be able to set up different unlock patterns to open specific applications, for example you would have one pattern to go direct to the camera application, another patter to go to the phone application.

There are no details as yet on whether Google plans to introduce this new unlock feature in Android, although we suspect that it could some in a future release.