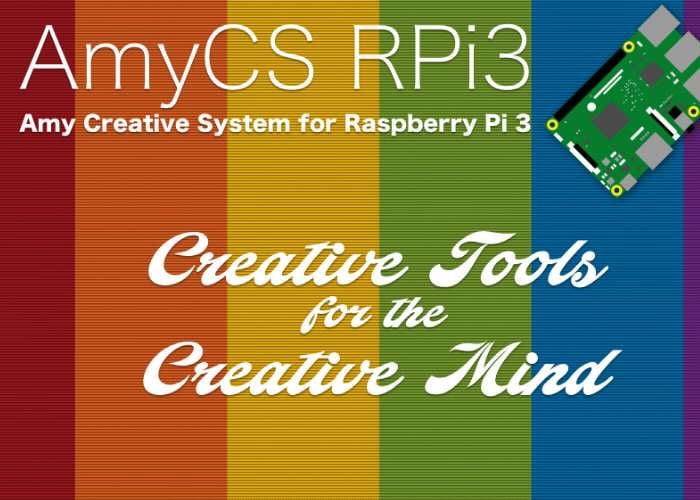 Raspberry Pi enthusiasts looking for a range of creative tools that can be used on the Raspberry Pi 3 mini PC and include Drawing tools for Pixel, Vector and Voxel art, Sound Design, Music seq, and Code IDE.

Are sure to be interested in a new solution which has been created by Carl H. Blomqvist base in Sweden and takes the form of the AmyCS RPi3 1.0 – Amy Creative System for Raspberry Pi 3.

Watch the demonstration video below to learn more about what you can expect from the suite of tools designed specifically for the Raspberry Pi mini PC.

AmyCS RPi3 1.0 is 64 bit FreeBSD OS for Raspberry Pi 3 with Amy Desktop Environment and Amy Creative Tools.
The Raspberry Pi 3 is the perfect “Home Computer” for the 21:st century with it’s low price point and with the performance of the 4 core ARM processor and it’s GPU.