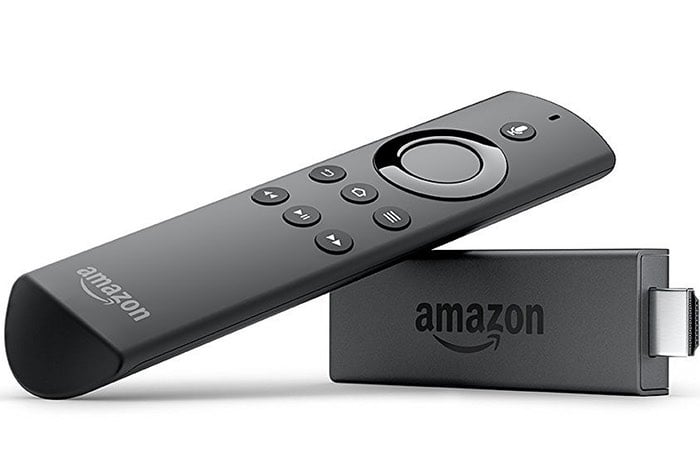 Amazon has this week announced the launch of their next-generation Fire TV Stick complete with Alexa voice remote and have now started accepting preorders for $39.99, with shipping taking place on October 20th, 2016.

New features within the latest Amazon Fire TV Stick include 802.11ac MIMI support together with an upgraded processor which now takes the form of a 1.3 GHz MediaTek 8127D quad-core processor supported by Mali-450 MP4 graphics.

Other specifications include 1GB of RAM, 8GB of storage, HDMI a micro USB port for power and support for Bluetooth 4.1. Amazon has also indicated that the stick may be to support Ethernet via a USB-to-Ethernet adapter if you would prefer to have a wired connection rather than wireless.

Features of the new Amazon Fire TV Stick include :

– The next generation of our bestselling Fire TV Stick. The most powerful with the fastest Wi-Fi and most accurate voice search of any streaming media stick-now with the Alexa Voice Remote.

– No cable or satellite? No problem. Watch the best of live TV and sports from AMC, HGTV, ESPN, FOX, and others with a subscription to Sling TV, or top-rated primetime shows with CBS All Access.

– Find the best way to watch with universal search results from over 90 channels and apps including Netflix, Hulu, and Amazon Video

– Prime members get unlimited access to Prime Video, featuring thousands of movies and TV episodes at no additional cost. Plus, members can add over 70 premium and specialty channels like STARZ, and SHOWTIME-no cable or satellite subscription necessary.

– Pick up where you left off. Bring hit shows and movies with you when you travel. Plug Fire TV Stick into any TV’s HDMI port, connect to Wi-Fi, and continue watching.