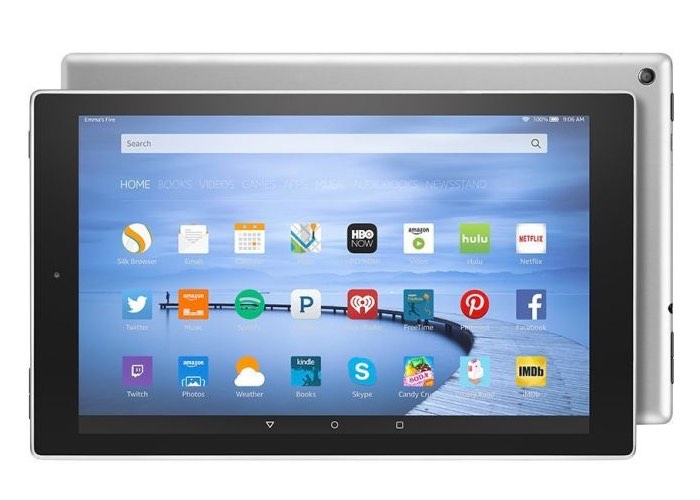 After originally launching their Fire HD 10 tablet back in September 2015, Amazon have today announced a new upgrade to the tablets which includes a new range of finishes that now includes black, white, or aluminium.

The new Amazon Fire HD 10 aluminium option also comes with a higher storage capacity which now offers 64GB, expanding the range to three tablets in either 16, 32 or now the new 64GB tablets.

To recap the Amazon Fire HD 10 tablet is equipped with a 10 inch IPS display offering users a resolution of 1280 x 800 pixels, and is powered by a 1.5 GHz quad-core MediaTek processor, and comes pre-installed with a custom version of Google’s Android operating system called Amazon Fire OS.

**Although only the aluminium version is currently available equipped with 64GB of internal storage.