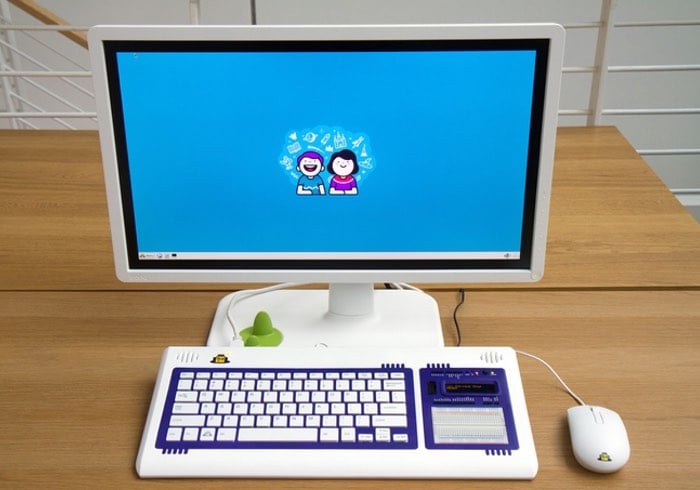 Curious Chip has unveiled a new Raspberry Pi powered computer system they have created called Ada, which has been specifically designed for curious and creative children to be able to easily design and create games, control robots as well as make a wealth of different projects and gadgets.

The team of developers at Curious Chip are looking to raise £150,000 over the next 30 days via Kickstarter and the Ada computer system is available to early bird backers priced at £160. Check out the video below to learn more about how easy the Ada Raspberry Pi powered computer system is to use and why it has been created.

Curious Chip explains a little more about the inspiration behind Ada this functionality :

Back in the 80’s it was pretty easy to turn on a machine and start tinkering. Sadly a lot of modern computers don’t offer the same easy access into coding that we enjoyed as kids. Our frustrations with this led us to create Ada – an exciting new computer designed to teach curious kids how to code. Powered by the new Raspberry Pi 3, Ada is a fully-fledged Linux computer that allows you to start learning straight out of the box – with built in tutorials and custom software designed with kids in mind. Plug lights, motors and sensors into Ada’s built-in breadboard and microcontroller and watch your virtual creations come to life.

What kids love about Ada is that it helps them to begin to understand the technology that powers the world around them. See a set of traffic lights, use simple shapes to draw it on the screen then add some code to make them work. Use the breadboard to add LEDs and make them flash.

To learn more about the new Ada Raspberry Pi powered system designed specifically for children to learn more about programming, robotics and electronics jump over to the Kickstarter crowdfunding website via the link below. If you enjoy building Pi projects you might be interested in our comprehensive list of Raspberry Pi displays, HATS and small screens.