So from now on of your are using an Apple TV, or an Xbox, or Roku, or PlayStation with Netflix, you will see the same user interface on each device, have a look at the video below. 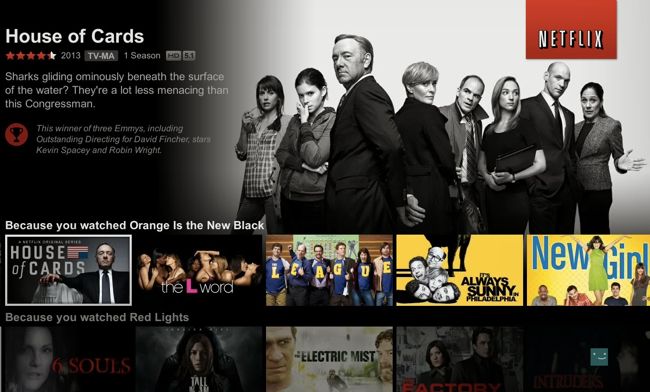 More than a year and half in the making, this new experience evolved through a process of design exploration, iteration and testing that extended throughout all parts of the Netflix TV experience. We set out to deliver an update that would make it even easier to discover something great to watch and we think we succeeded.

Netfliz also announced a number of other new features, including support for Netflix Profiles on all devices, voice support on the Xbox 360, plus support for pointer based navigation on smart TVs.

Netflix will start rolling out the update to various devices from today, the company has said that it will take around two weeks for the update to reach all devices.

The list of connected devices that will get the new Netflix update include the PlayStation 3, PlayStation 4, Xbox 360, Roku 3, plus Smart TV and Blu-Ray players, the Roku 2 will get the update net year, you can find out more details over at Netflix at the link below.