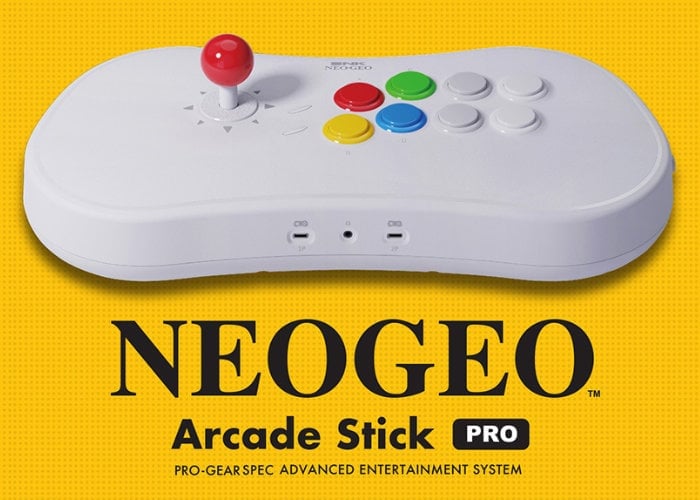 SNK Corporation has today unveiled their new mini console and controller which have been combined to create the Neo Geo Arcade Stick Pro. The system can be used as a stand-alone fight stick or connected directly to you to play the preloaded games. Measuring 430mm × D 215mm × H 125mm in size the retro games console is expected to shortly launch worldwide in the coming months although at the current time no information on pricing or worldwide availability has been released as yet by SNK Corporation.

“It’s an incredibly unique fighting stick in that it comes with fighting games pre-installed! It was inspired by the NEOGEO CD’s controller design and was blown up to fighting stick size. (W 430mm×D 215mm×H 125mm) 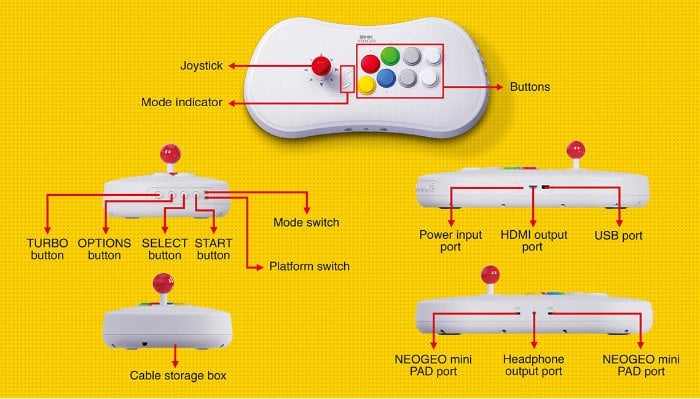 – Neo Geo Arcade Stick Pro Joystick Mode : In this mode, you can use the arcade stick normally by simply plugging it into a NEOGEO mini or PC. We guarantee a solid experience with this arcade stick.

– Neo Geo Arcade Stick Pro Console Mode : In this mode, simply connect the stick via an HDMI cable into a TV and get ready to enjoy some of SNK’s finest fighting games. There are 20 pre-installed NEOGEO classics just waiting to be played. You can even rearrange the button layout in the options menu. Also, you can attach NEOGEO mini PAD controllers or even another NEOGEO Arcade Stick Pro for some glorious 2-Player action!

As soon as information comes to light, we will keep you updated as always.