I’m huge fan of the Need for Speed franchise and have been since the days of the PS2. EA has announced that the video game Need for Speed Most Wanted will be heading to the new Nintendo Wii U on March 19 in North America. Gamers in Europe will have to wait until March 21. 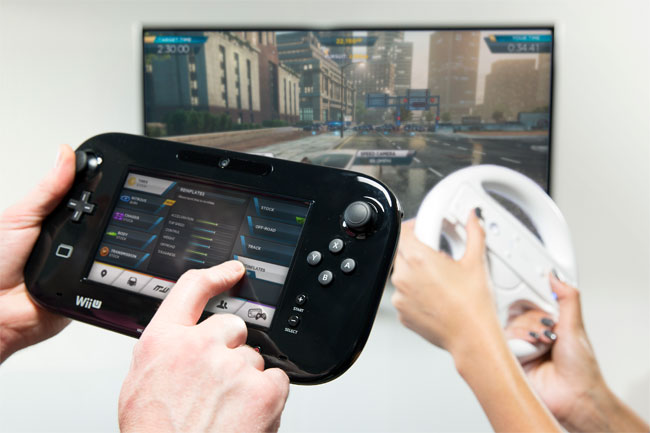 Just as Most Wanted offers on other platforms, players will get a connected, open world where they can race, chase, and explore anywhere they want. The Wii U version of the game does have some unique features to go along with the GamePad controller. The game supports a co-driver mode with one person controlling the car using a Wii Remote or Pro Controller and the other using the GamePad touchscreen.

The player using the touch screen device can navigate using a fully interactive map, distract the cops, change between day and night modes, activate performance enhancements, and control the traffic on the road. Players can also choose cars and keep track of statistics using the touchscreen. The Wii U also gets some special cars right out of the box including the McLaren F1 LM, Lamborghini Aventador J, Pagani Zonda R, Bugatti Veyron Grand Sport Vitesse, and the Hennessey Venom GT Spyder.