NEC have just announced that they will start shipping their Latest 3D PC the Valuestar N VN790/B onto the Japanese market next month. Nearly 5 months ahead of schedule after demonstrating the machine in Tokyo and reporting that it would likely to ship in October 2010. 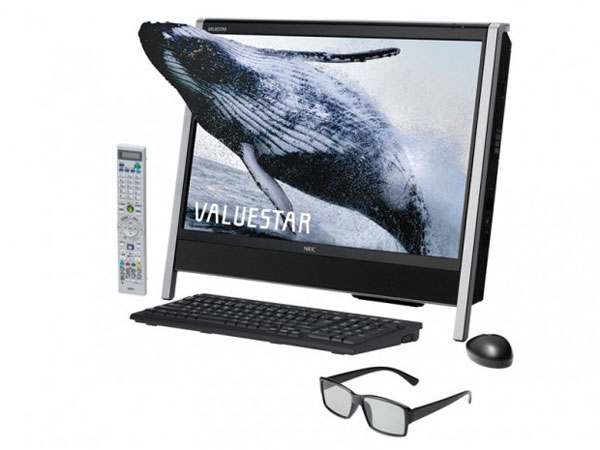 The new NEC 3D PC is equipped with a 20 inch 1,600×900 resolution 3D screen and a  blue ray drive that is capable of showing both 2D and 3D content. The PC can also accept 3D photos from 3D devices such as Fuji films 3D cameras and other 3D high-definition camcorders. A pair of 3D glasses is included in the package but extra pairs will cost you $67 if needed.

The system will be powered by an Intel mobile processor (no specs available at the moment) with up to 8 GB of RAM. It comes with 1 TB of storage, integrated speakers and Windows 7 home premium 64-bit operating system.