This week at CeaTec 2012 NEC has been showcasing their PaPeRo telecommunications robot, allowing remote users to control PaPeRo via an Internet connection and companion application.

The remote control application allows users to see what PaPeRo and interact by controlling the robot’s head movements. Watch the video after the jump to learn more about the PaPeRo robot and see it in action. 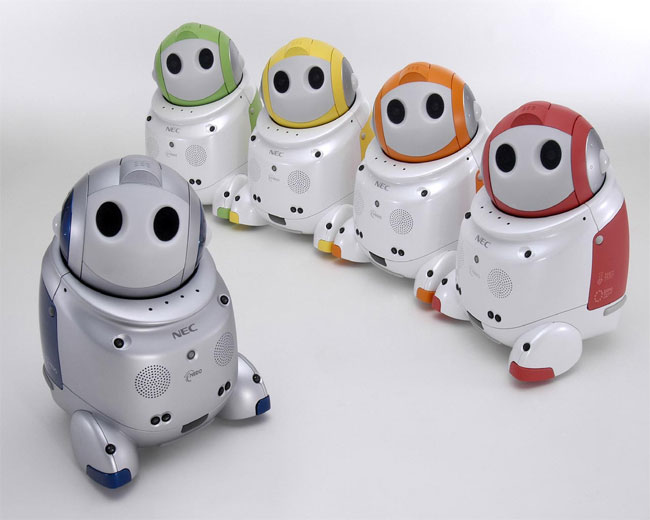 Unfortunately no information on pricing or worldwide availability has been released as yet, but it seems that the cute NEC PaPeRo robot might be arriving commercial for consumers to purchase sooner rather than later.