We have already seen a couple of NEC’s Android smartphones, the company has now unveiled a new one which will go on sale in Japan, the NEC Medias ES N-05D.

The NEC Medias ES N-05D is one of the thinnest Android devices available, measuring just 6.7mm thick at its thickest point, and the handset comes with Android 2.3.6 Gingerbread. 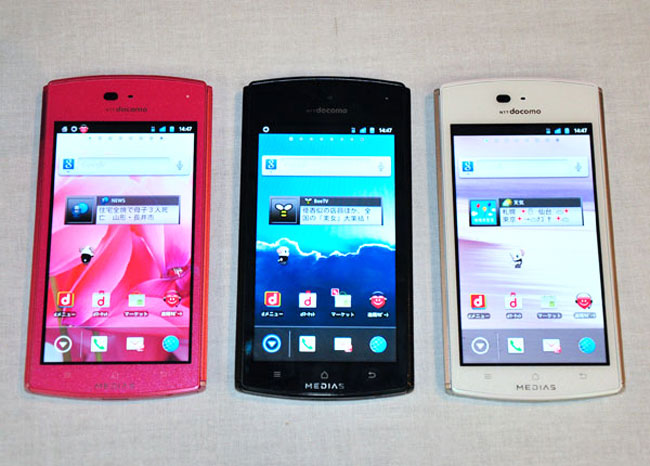 The NEC Medias ES N-05D features a 4.3 inch multi-touch touchscreen display with a resolution of 1280 x 720 pixels, and it is powered by a dual core MSM8260 processor and also comes with 1GB of RAM.

Other specifications on the NEC Medias ES N-05D include 4GB of built in storage, Bluetooth 4.0, WiFi, NFC, a digital TV tuner and a microSD card slot.

The NEC Medias ES N-05D is also designed to be waterproof and it comes with connectivity to Casio’s G-Shock GB-6900 watch, it will launch with Japan’s NTT DoCoMo either in February or March.