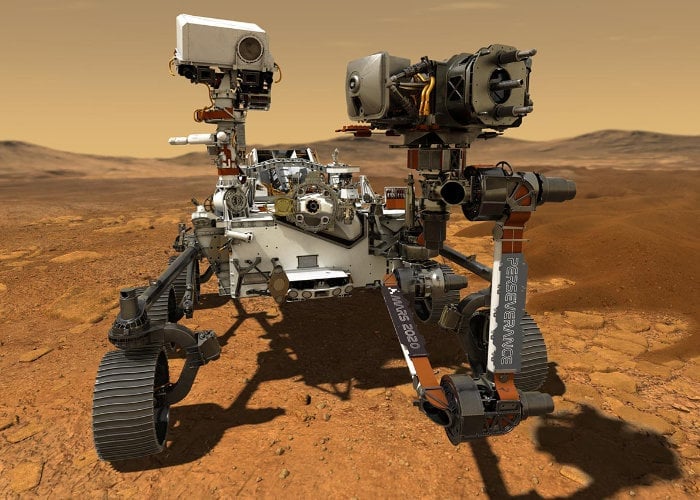 In preparation for the upcoming launch for the new Mars mission taking the NASA Perseverance Rover to mars, complete with on-board helicopter. NASA has revealed more details about what you can expect from the mission in its latest podcast Episode 153. The NASA Perseverance Rover mission is expected to blast of on July 30th 2020 after a slight delay from the previous launch date of July 20th listed in the video below.

“CookNASA’s Jet Propulsion Laboratory is sending a new rover to Mars. It looks a lot like Curiosity but with a whole new suite of incredible instruments, many of which are in direct preparation for human exploration on Mars. We’re talking instruments to test the production of oxygen from the Martian atmosphere, identifying valuable resources such as subsurface water, improving landing techniques, and characterizing Martian weather in a way that could help future astronauts that are living and working in the environment. “

“So, here to go into detail on this new Mars 2020 rover called Perseverance is Luther Beegle, Deputy Division Manager for Science at NASA’s Jet Propulsion Laboratory. Luther is also the Principal Investigator of the [Scanning Habitable Environments with Raman & Luminescence for Organics & Chemicals] SHERLOC instrument, one of the scientific instruments on Perseverance. Note that this episode was recorded prior to the most recent change to the launch date of Perseverance.”

When NASA launches its next Mars rover this summer, it will have a very special cargo on board: A helicopter. NASA’s Ingenuity aims to be the first robot to take flight on another planet. Here’s why it’s such a big deal.