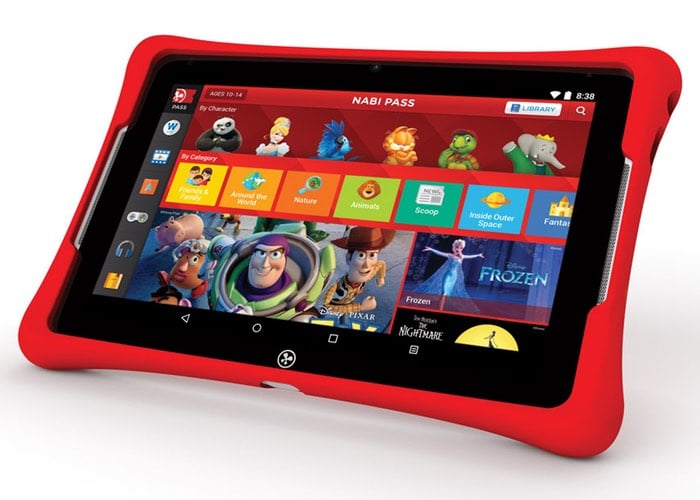 Nabi have this week unveiled a new Android tablet for kids in the form of the Nabi Elev-8 that is priced at $169 and comes equipped with an 8 inch IPS display offering 1280 x 800 pixels and runs the Android 5.1 Lollipop operating system.

The 8 inch tablet is powered by a Qualcomm Snapdragion 64-bit, octa-core processor supported by 32GB of internal storage, that can be extended further using the included microSD card slot that is capable of accepting another 32GB of storage.

Nabi have fitted the Android tablet with a rechargeable battery that is capable providing up to 10 hours of battery life on a single charge, and the system comes pre-installed with Fuhu’s Blue Morpho operating system. Blue Morpho has been specifically designed to make Google’s Android operating system more child and parent friendly. Nabi explains more.

The Wings Learning System is what parents should expect standard on a kids tablet. 300,000 questions and 16,000 lessons aligned with Common Core State Standards.

Those that purchase a Nabi Elev-8 tablet before the end of the year will also be available to receive a six months subscription to the nabi Pass offer of a variety of music, applications, videos, e-books and games to download.

For more information on the new Nabi Elev-8 Android tablet for kids jump over to the official Nabi website for full specifications and a list of retailers that include Walmart and Toys “R” Us.