Fuhu is the company behind the Nabi brand of tablets that have been on the market for a while. One of the most popular tablets that the company makes is the kid-oriented nabi that is rugged and designed to let kids have fun without getting into trouble on the internet. Nabi has unveiled a pair of new tablets that are aimed at families that want to share with much larger screen. 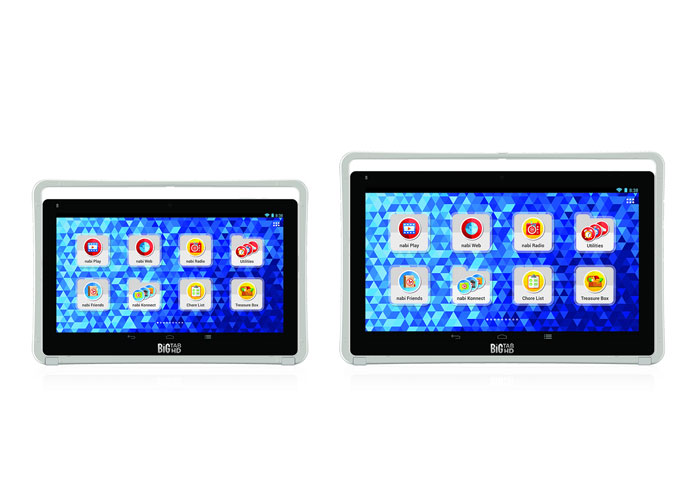 The tablets include the nabi Nig Tab HD 20″ and the Big Tab HD 24″. As the names imply the tablets have 20-inch and 24-inch screens respectively. The massive screens of the tablets are made to share content and to play multiplayer games; neither of the units is intended to be portable. In fact, the tablets have a battery that is only good for short periods away from an outlet so you can move room to room in a home without going dead.

The 20-inch tablet has a screen resolution of 1600 x 900 and the 24-inch version has resolution of 1920 x 1080. Both have a 15-point capacitive touch screen and 16GB of storage along with an NVIDIA Tegra 4 processor. Both tablets also have games for two players like Checkers and others. Both tablets will land this fall with the 20″ offering selling for $449 and the 24″ offering selling for $549.

“We are so pleased to introduce the nabi Big Tab line of products and are excited about the implications as a new category of family tablets. We were simply amazed at how Big Tab’s larger format transformed our interactions with our children, family gatherings and made the tablet experience easier for seniors,” said Jim Mitchell, CEO. “We are hopeful, that everyone will fall in love with Big Tab like we have.”