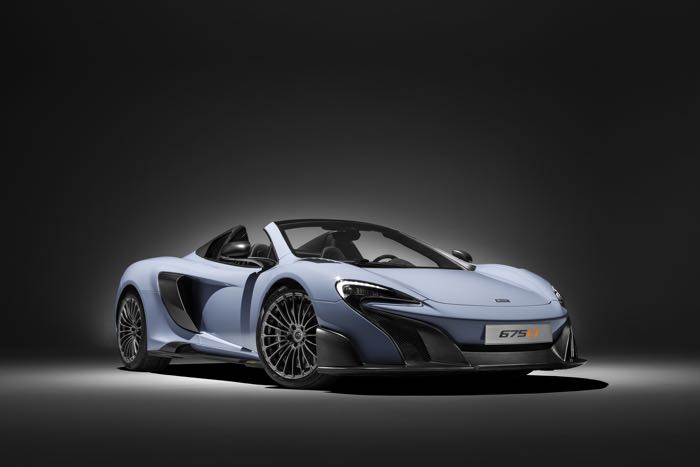 McLaren has announced that they will be showing off a carbon fiber version of the McLaren 675LT Spider at the Geneva Motor Show.

The carbon fiber 675LT Spider was created by McLaren Special Operations comes with a full carbon fiber body and it has the same engine as the standard model. 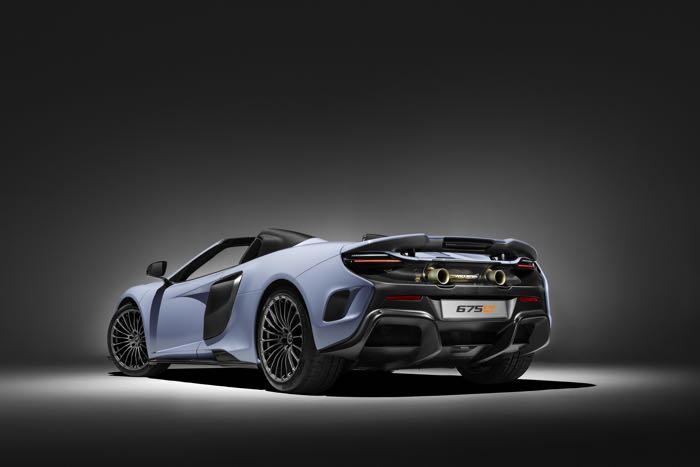 McLaren Automotive will attend the Geneva Motor Show for the fourth time this year with its largest ever stand in a new location, showcasing the largest range of models from the full three-tier model line-up.  Among the headlines, McLaren Special Operations (MSO) will pay a carbon fibre tribute to the McLaren P1™ which recently ceased production.  MSO has also created a bespoke version of the 675LT Spider which makes its first public appearance at the show after selling out in weeks. They will line up alongside the recently-confirmed 650S GT3 racing car and a still-to-be-announced addition to the Sports Series family on Stand 6040, Hall 6. It will be the largest motor show presence of McLaren to date, underlining the growth of the proudly independent British sports car brand.

The latest customer project completed by the team at McLaren Special Operations, through its MSO Bespoke division, showcases the craftsmanship and levels of tailoring available to all McLaren owners. The McLaren P1™ by MSO, one of the 375 road legal versions produced, is presented with a full visual carbon fibre body which has been hand-laid, with a bespoke ‘Lio Blue’ tinted lacquer. The Geneva Motor Show marks the first time the full visual carbon fibre body conversion has been displayed publicly after it was made available to McLaren P1™ customers earlier this year. Other key upgrades completed by MSO include a gloss black finish to the wheels, an extensive retrim of the interior with carbon black Alcantara® and contrasting blue stitching, and a 24-carat gold exhaust heatshield in a homage to the McLaren F1.