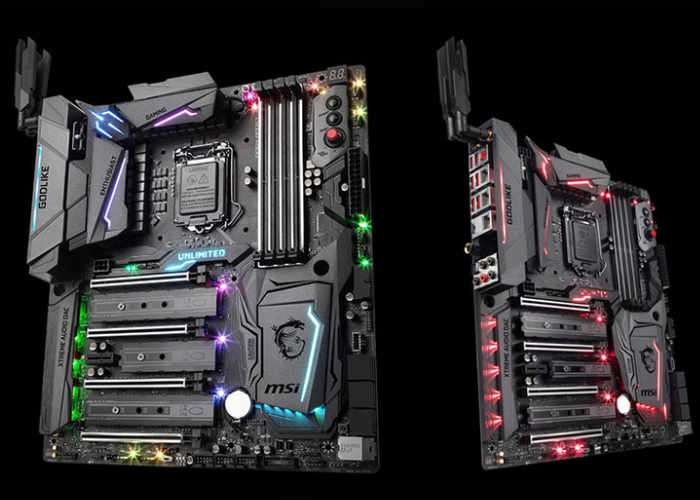 Unfortunately, MSI has not revealed any details on pricing or availability but you can expect more information to be made available during this year’s Computex 2017 technology show.

Ahead of Computex Tom’s Hardware explains more about the specifications for the new MSI Z270 Godlike gaming motherboard which have been gleaned from sources and images.

The Z270 Godlike Gaming appears to offer strong storage connectivity, with one U.2 port, six SATA 6Gb/s ports, one USB 3.1 Gen2 header, two USB 3.0 headers, and three USB 2.0 headers. The triple M.2 slots with M.2 Shields are obviously one of the defining features of this new model.

There are four steel-reinforced mechanical PCIe x16 slots, as well as a single PCIe x1 slot. The onboard audio duties are handled by the new Audio Boost 4 Xtreme implementation, which features fully isolated audio circuitry, an ESS DAC, and two audio codecs that will allow gamers the option of using headphones and speakers at the same time.
As you would expect on a gaming motherboard released in 2017, MSI’s Mystic Light RGB LED lightning feature has clearly found its way to the Z270 Godlike Gaming.

There are fifteen RGB LEDs spread throughout the motherboard, all of which can be independently controlled, along with a four-pin header that can power an LED light strip. Thanks to the Mystic Light Sync integration, the included Phanteks Rainbow Strip can be made to match the colors and effects of the onboard RGB LEDs. This same sync concept applies to any future Mystic Light Sync-compatible products.
 
One interesting development is that the Z270 Godlike Gaming is going to be first motherboard to utilize the brand new ASMedia ASM3142 USB 3.1 Gen2 host controller. Although we don’t know much about the new controller, it’s the clear successor to the ASM2142, which was the first USB 3.1 Gen2 controller that was connected with two PCIe 3.0 lanes and was thus capable of handling up to 16Gb/s. ASMedia claimed that the new ASM3142 controller will not only improve performance but consume at least 50% less power than previous USB controllers.

Jump over to Tom’s Hardware below for more details via the link below.