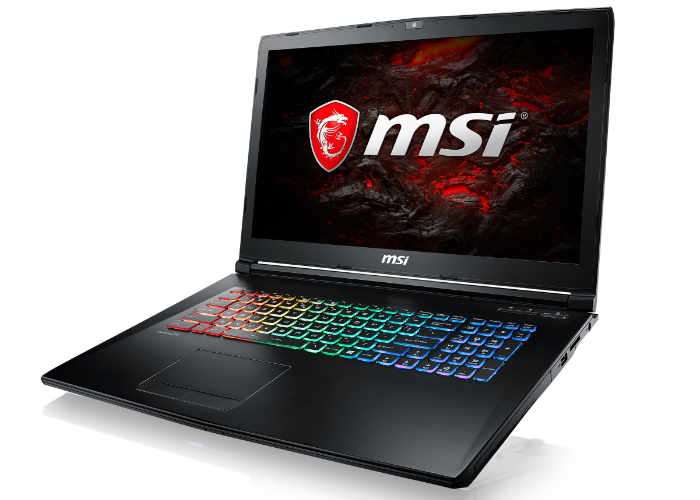 MSI has this week unveiled new additions to its range of gaming notebooks with the unveiling of the new MSI GP62X GP72X Leopard Pro systems which come equipped with the company’s new Cooler Boost 4 technology.

Cooler Boost 4Consists of two fans, six separate heat pipes dedicated to the CPU and GPU, and a more than 20 percent increase in airflow, the Cooler Boost 4 is the most advanced heat pipe design in a gaming notebook, says MSI.

Screen tearing and jitters are a thing of the past with the all new full HD 120 Hz panel with 5ms response time. The ultra-fast refresh rate lets you react instantly to your game, giving you a true MSI gaming experience. The GP62X and GP72X Leopard series gaming laptops use a NVMe solid state drive so gamers can experience full performance potential of the latest SSD technology with extreme read speeds up to 2,200MB/s. The line includes an Intel 7th Generation KabyLake processor, one stick of 16GB DDR4 RAM (upgradeable to 32GB) and up to a GeForce GTX1060 graphics card.

MSI upgraded the GP62X and GP72X Leopard line with the brightest RGB keyboard by SteelSeries including SteelSeries Engine 3 support. Using SteelSeries Engine 3, gamers can easily personalize their playing style by customizing each key and changing the keyboard’s backlight color. It also includes SteelSeries’ GameSense, which changes the color of the keyboard according to in-game action. The first titles to support GameSense are Counter Strike: Global Offensive and Minecraft. With better response, tactile feedback and support for multi-key inputs, the keyboard is primed to help gamers take full command over gaming missions.