One of the things that had a lot of iPad users in an uproar when the device first hit the market was the fact that it needed more power to charge than the typical USB port offered. The average USB port only has 0.5A while the iPad needs 1.2A to charge.

That means a lot of users plugged their iPads into the USB port on their computers and found the iPad would not charge. MSI has announced a new app for any MSI notebook or desktop using a MSI mainboard called i-Charger. 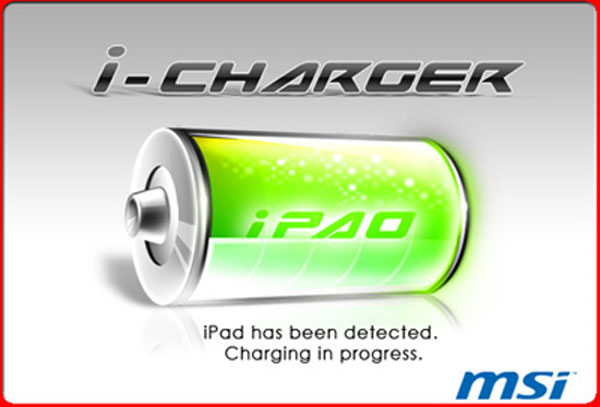