Check out this fun MP4 watch with a built in video camera. 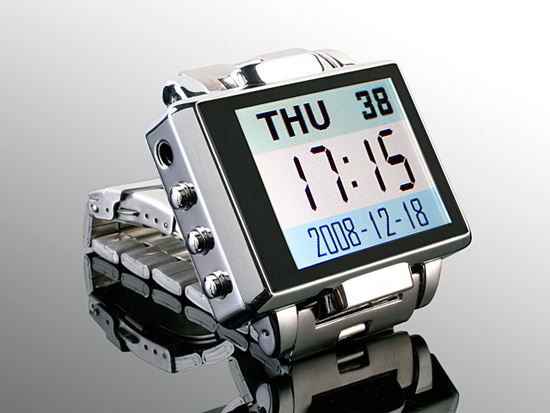 It features a 1.8 inch TFT screen with a resolution of 160 x 128, and it comes with 8GB of memory which is plenty of room to store your files on. 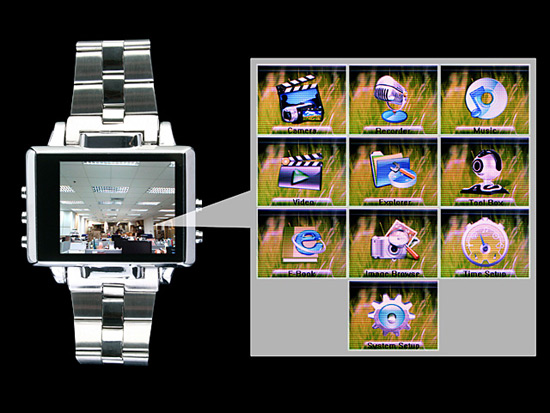 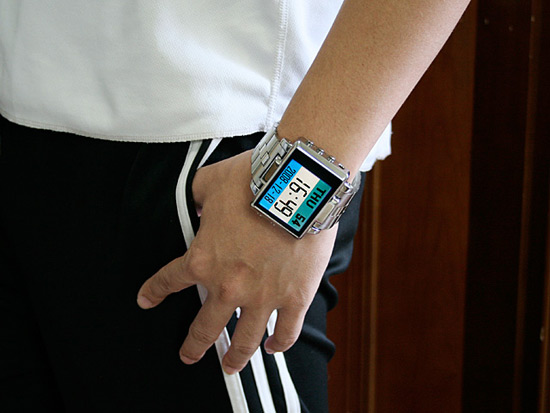 It also has a built in microphone, if you want one they are available for $129 from Brando.