As you can see from the screenshot below, the Firefox Marketplace features a minimalist style user interface with the emphasis on individual categories, rather than a range if highlighted apps like other app stores. 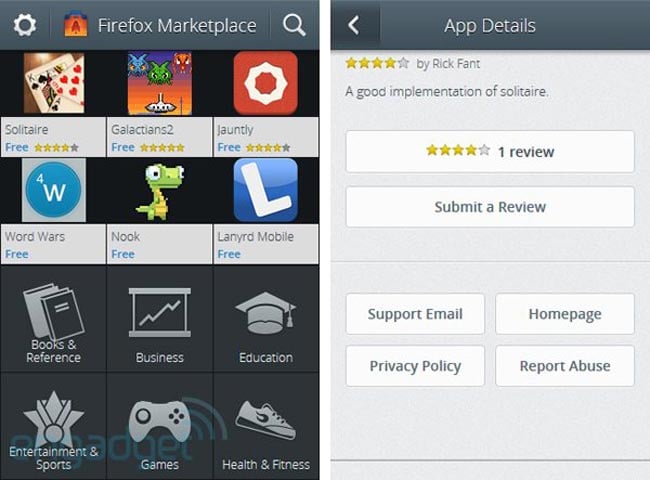 Mozilla is expected to launch their new Firefox Marketplace along with their new Firefox OS some time next year, as yet we do not have any details on exactly when it will be available, as soon as we get some more information we will let you guys know.