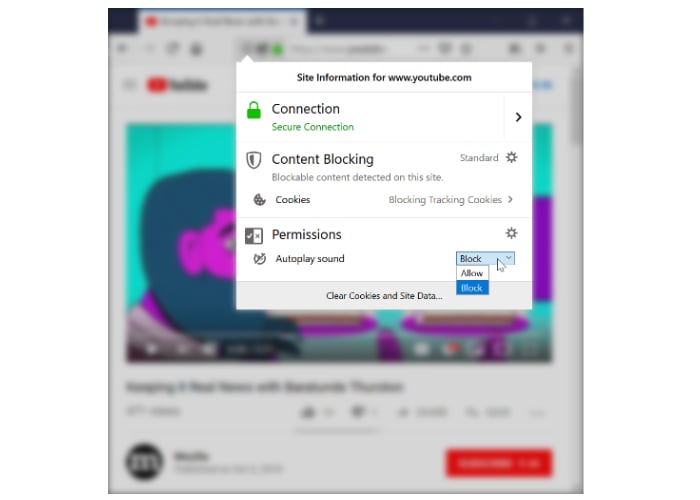 Joining Google and Microsoft, Mozilla has today announced that their Firefox web browser will soon mute auto-playing videos. Firefox browser version 66 launching in March 20919 will block automatically playing audible video and audio saving you from those annoying adverts when clicking on a link or opening a new browser tab.

Chris Pearce from the Mozilla Hacks website explains more about the new feature in the technology it uses to mute auto-playing videos and audio. “Firefox expresses a blocked play() call to JavaScript by rejecting the promise returned by HTMLMediaElement.play() with a NotAllowedError. All major browsers which block autoplay express a blocked play via this mechanism. In general, the advice for web authors when calling HTMLMediaElement.play(), is to not assume that calls to play() will always succeed, and to always handle the promise returned by play() being rejected.”

Mozilla explains more about the near feature : “We know that unsolicited volume can be a great source of distraction and frustration for users of the web. So we are making changes to how Firefox handles playing media with sound. We want to make sure web developers are aware of this new autoplay blocking feature in Firefox.

Starting with the release of Firefox 66 for desktop and Firefox for Android, Firefox will block audible audio and video by default. We only allow a site to play audio or video aloud via the HTMLMediaElement API once a web page has had user interaction to initiate the audio, such as the user clicking on a “play” button.”

For more details on the new feature being released in Firefox 66 to block automatically playing audible video and audio jump over to the official Mozilla Hacks website by following the link below. Firefox 66 is scheduled for general release on March 19th 2019.