Mozilla has finally released Firefox for Windows 8 Touch Beta for Windows 8, and is available for download from the company’s website for those who want to test it.

Mozilla has delayed the launch of the browser last year and mentioned it will launch in March 2014. It seems the moment arrived a little early albeit its beta version so it’s bound to have some bugs. 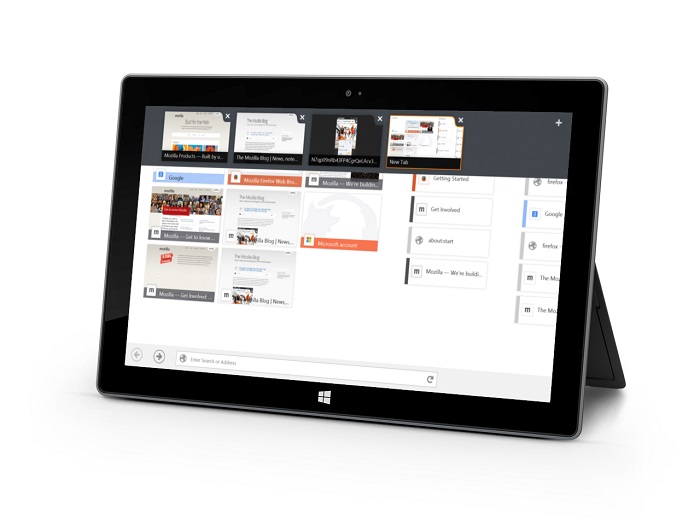 Firefox for Windows 8 comes with a touch-friendly user interface and is optimized for Windows 8 modern UI, showing users a tile-based start screen  one-tap access to Top Sites, Bookmarks and History. The browser also comes with support for touch and swipe gestures, including the “pinch to zoom” feature.

The browser also features full, snapped and fill view that allow users to “chose if you want to view an app full-screen, or ‘snapped’ to a narrow region of the screen (typically to the left of the screen like a sidebar), or if you’d like your app to ‘fill’ the remaining screen area not already occupied by an app in ‘snapped’ state.”

In addition, Firefox for Windows 8 also brings improved sharing options, giving users the ability to share the webpage they are browsing to any installed social network. It also comes with visual navigation through big tiles, which makes it easier to browse and improves the overall user experience.

Head over to the source link below to grab the Firefox for Windows 8 Touch Beta for your touch-enabled Windows machine.