Move, a popular puzzle game app by Nitako that’s already been available on the iOS and Android for quite some time, has finally made its way onto the Windows Phone Store. The game works by moving dots that all move at the same time onto their target squares. Blocks get in your way to both hinder and help your advancement.

The video below will give you an in-depth look at the game and what it has to offer. 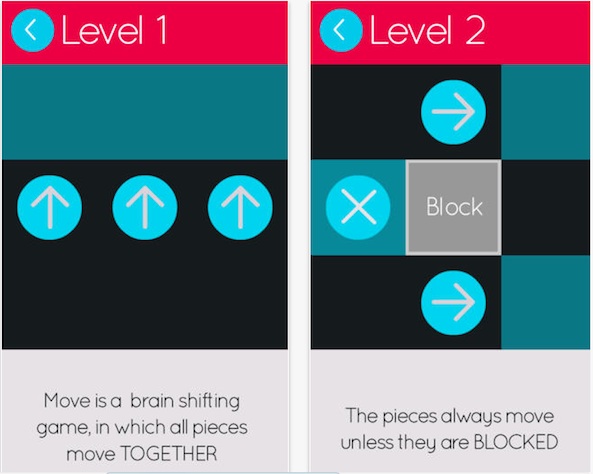 Mobile phone gaming has come a long way in the last few years, quickly turning into a nearly billion dollar industry with more competitors than most people care to count. I don’t know the numbers, but I wouldn’t be surprised to find out that half the apps on the app markets are games or gaming related.

They make so much money by creeping up on gamers with little dollar charges that quickly add up into more money than some triple A console titles receive with a fraction of the development cost. All you have to do is make an incredibly addicting game and charge people $1 to unlock the second half after they beat the first. You’ll become a millionaire in no time.