MountMe has just launched its new line of iPad holders that allows you to attach your Apple device to nearly any flat surface using four suction cups positioned on the rear of their Freedom iPad holder.

The MountMe Freedom iPad holder also comes with a number of other attachments allowing you to secure it to practically anything you desire, and giving you the ability to pan 360 degrees and tilt your iPad 90 degrees. 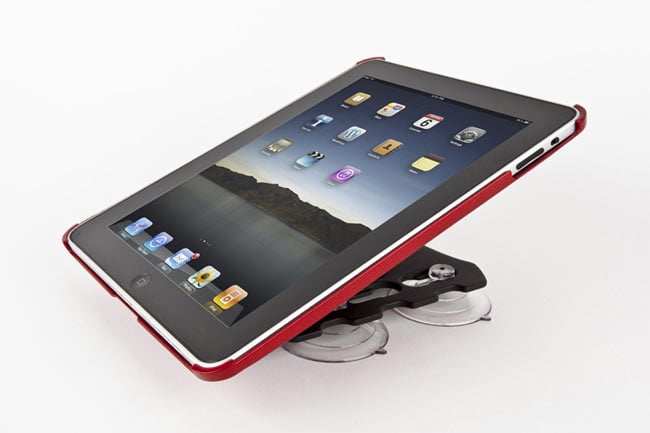 As well as the suction cups your also provided with screws for permanent mounting is desired and a heavy duty strap for headrests, car visors, or any other object you can wrap a strap around to securely mount your iPad and Freedom holder.

The patented design bracket can also act as a kickstand to create a photo display or by simply reversing the bracket you can create the ideal angle to aid with typing. Its also equipped with a quick release mechanism to allow you to quickly and easily remove your iPad from the holder when you require it to be mobile once again. 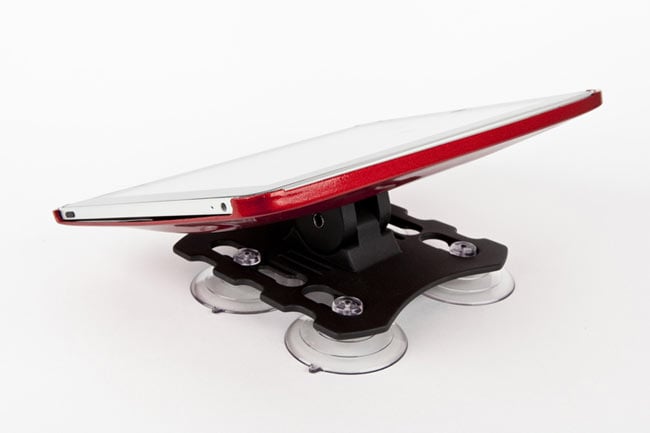 MountMe Freedom iPad Holder is now available to purchase for $50 and is comes in either black, grey or red.