Motorola is rumored to be working on several entry-level handsets, such as Moto E and the LTE-enabled Moto G along with a Moto X successor, which was even mentioned by the  company at the Mobile World Congress 2014. The upcoming Moto X successor could be dubbed as Moto X+1, but there’s no confirmation about it. 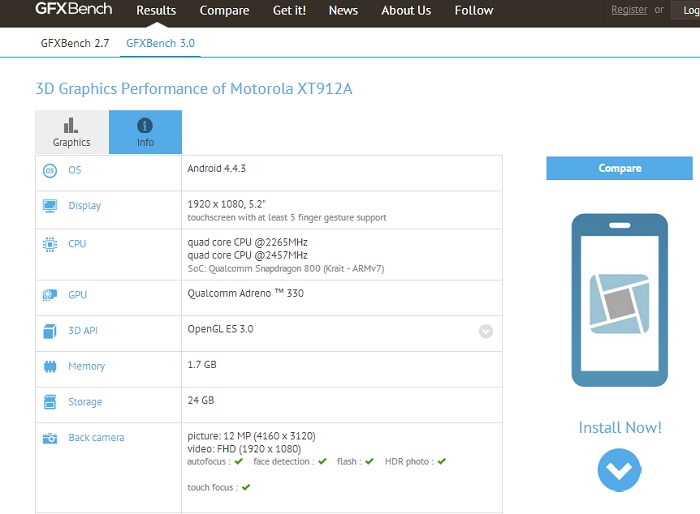 Let’s take a look at what the alleged Motorola XT912A has to offer. The handset comes with a 5.2-inch display sporting a resolution of 1920 x 1080 pixels, and is powered by a quad-core Snapdragon 800 SoC with Adreno 330 GPU and 2GB of RAM. On the storage side, it should come with 32GB of storage on board. Unfortunately, it doesn’t list if the alleged handset supports microSD card.

Other features include 12MP rear camera with Full HD video recording capabilities, 2MP front-facing camera and runs Android 4.4.3 KitKat as its operating system. This also hints that Google is working on a new Android 4.4.3 KitKat version, which will come with a few icon changes, as well as a new dialer.

There’s no official confirmation if it’s really a Moto X successor, but we’ll keep an eye on the news, and update you if we hear anything.