Motorola has teamed up with Sol Republic to create a new Bluetooth speaker called the Deck which is equipped with drivers that point directly up into the air rather than front facing.

The direction of the drivers allows the audio from the Motorola Sol Republic Deck Bluetooth speaker to circulate with more efficiency allowing listeners to appreciate the sound in 360 degrees not just in front of the speaker, says Sol Republic. 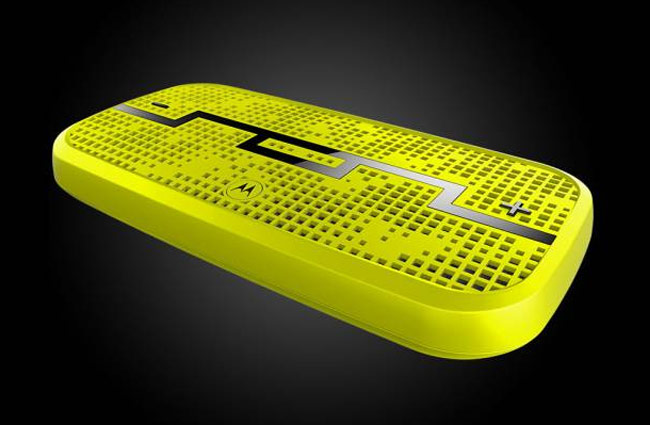 Sol Republic have designed the new Deck speaker to pairs to Bluetooth via NFC and have fitted it with a passive bass radiator port which added feeling to the audio it pumps out over a 300 ft range. Scott Hix, President and Co-Founder, Sol Republic explains:

“Expanding beyond headphones has been part of our strategy since the company was founded,”-“We believe in the power of music and wanted to create a mobile speaker that not only has big sound, but also enhances how people share music. And, like we did with headphones, our speaker has to differentiate the category. DECK’s revolutionary design, 360-degree powerful sound and Heist Mode redefine how music fans will use a portable speaker and make music social.”

The Deck Bluetooth speaker also allows up to five people to simultaneously pair to the device and control the music and is priced at around $200 and is small enough to fit in your pocket.