The photo below shows Android 4.0 Ice Cream Sandwich running on the Motorola RAZR, which is reported to be an early build of ICS for the RAZR. 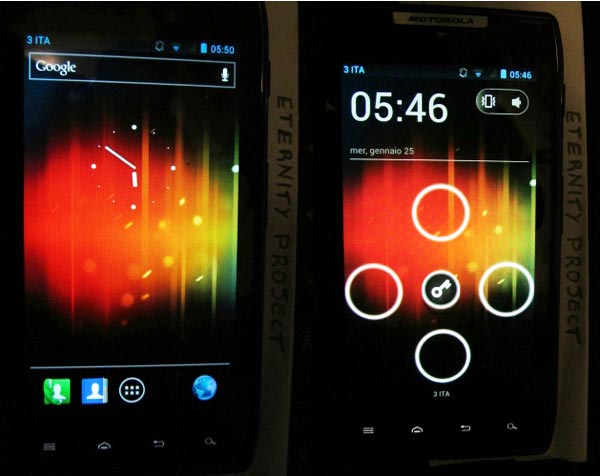 As you can see from the photo there is a new custom lock screen with four custom sections that icons can be dragged to, plus an option to put the phone on silent.

Android 4.0 ICS for the Motorola Droid RAZR will probably look a little different than the one pictured one its is released as an official update from Motorola, you can find out more information over at Droid Life.