The Boy Genius Report has received some inside information about some new Android smartphones and tablets headed to Verizon Wireless.

There will be a Motorola Droid Pro which will feature a 4 inch display, a 1.3GHz processor, and global roaming, it looks like it is set to launch on November 2010. 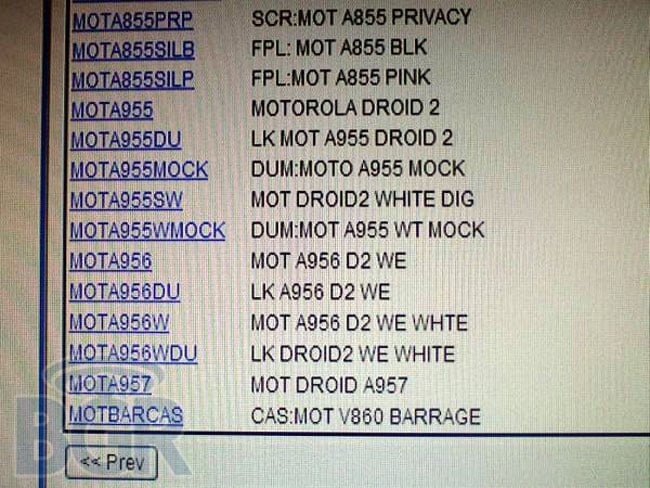 It also looks like there will be a business edition of the Motorola Droid 2, with a world edition global roaming feature, plus it looks like there may also be an Android based tablet, or it could be a slab style touchscreen smartphone. Have a look and our article on Android vs iPhone to see which smartphone and mobile platform is best for you.

You can find out more details over at the BGR.