The guys over at Engadget have managed to get their hands on some more photos of the Motorola Honeycomb tablet that we saw Andy Rubin showing off last week, as well as some detail on the specifications.

As this is currently a prototype, the specifications may be different in the final tablet, but it features a 10 inch display with a resolution of 1280 x 800, which means it will be capable of displaying HD video in 720p. 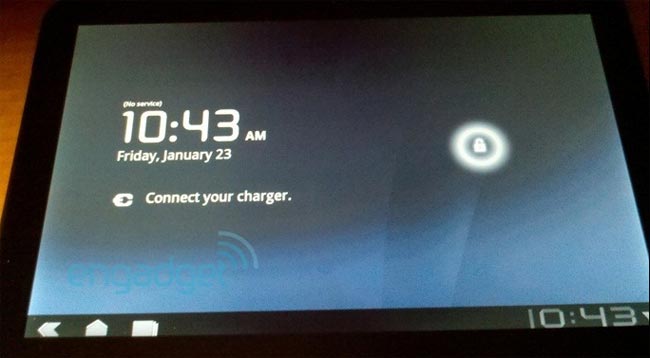 Other specifications include, a 1GHZ Tegra 2 T20 processor, 512MB of RAM, 32GB of storage, a microSD card slot, microUSB, mini HDMI and a 3.5mm headphone port.

Head on over to Engadget for lots more photos on the first Android 3.0 Honeycomb tablet we have seen.