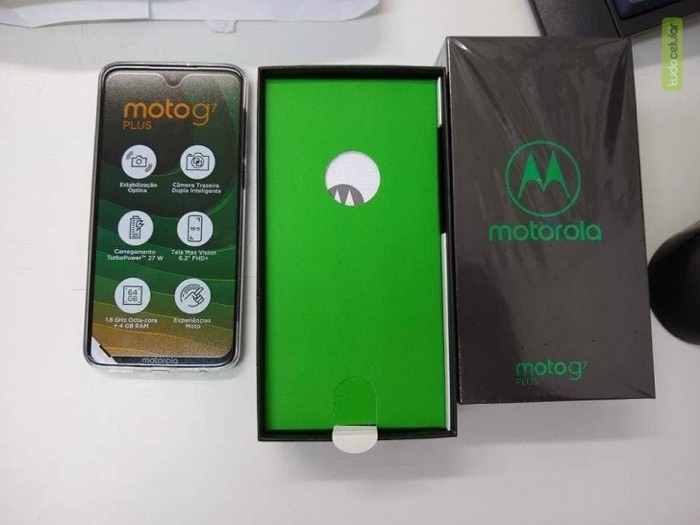 Earlier today we heard some pricing on the new Moto G7 smartphone and now the Moto G7 Plus has been leaked along with the handsets retail packaging.

This has revealed some more information about the handset, it will apparently come with a new 27W TurboPower fast charging feature.

It is not clear as yet on whether this fast charging feature will be limited to the Moto G7 Plus or whether it will be available on all four G7 handsets.

The photos have also revealed that the G7 Plus will come with a 16 megapixel camera with Optical Image Stabilization (OIS) for its main camera. We will bave more information about this new G7 smartphone and the three other handsets at Mobile World Congress next month.