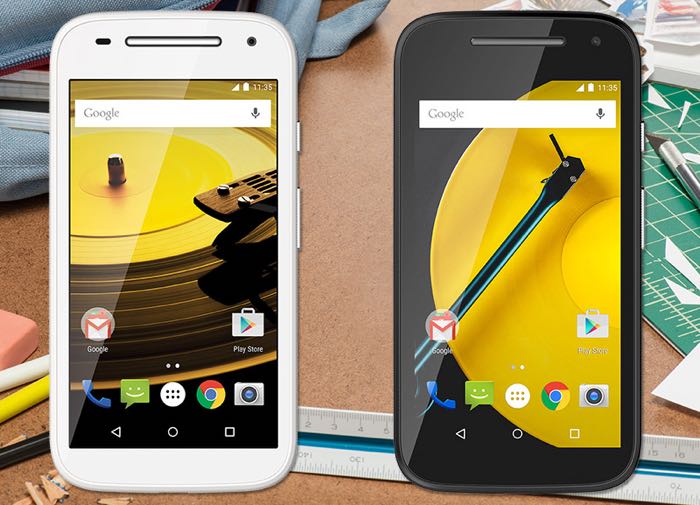 Motorola announced their second generation Moto E 4G back in February and now the company is launching the handset in India.

The Moto E 4G comes with a quad core 1.2GHz Snapdragon 410 processor and the handset features a 4.5 inch display that has a qHD resolution of 540 x 960 pixels.

Other specifications on the new Moto E include 1GB of RAM and 8GB of included storage, the handset also comes with a microSD card slot for expansion.

The new Moto E 4G comes with a VGA camera on the front and a 5 megapixel camera on the back and the device will retail for RS. 7,999 which is about $128 at the current exchange rate.

Motorola will be selling the handset exclusively with Flipkart in India and the handset can be pre-ordered as of now.