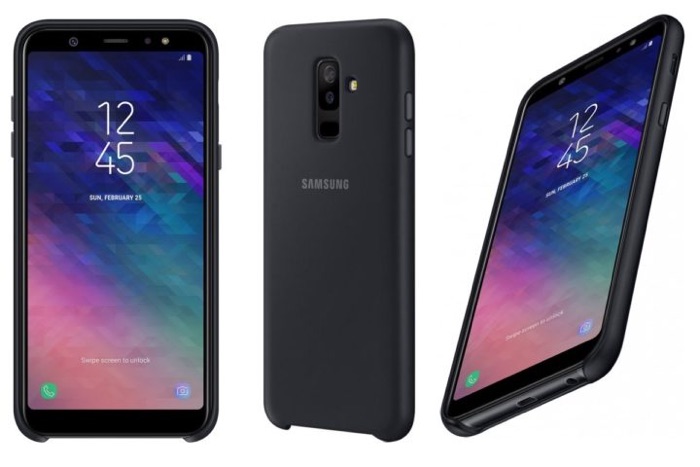 We recently heard that the new Samsung Galaxy A6 Plus would come with an Infinity Display and now we have more details about both of the new Galaxy A6 smartphones,

Some renders of the new Galaxy A6 and A6 Plus have appeared online and they show more details about the design of the two handsets.

The Samsung Galaxy A6 is rumored to come with a 5.6 inch display with a FHD+ resolution of 2220 x 1080 pixels. The handset will come with a Samsung Exynos 7870 processor and 3GB of RAM, it will also feature 32GB of storage.

The Galaxy S6 Plus is rumored to come with a 6 inch display with a FHD+ resolution of 2,220 x 1080 pixels and an 18:9 aspect ratio. This device will come with a Qualcomm Snapdragon 625 processor and 4GB of RAM, it will also feature 32GB of storage. Both handsets will come with a microSD card slot for extra storage.

Both handsets are expected to launch in the Middle East, Russia and Europe, as yet there are no details on when they will go on sale. As soon as we get some more information on when the new Galaxy A6 and Galaxy A6 Plus will launch, we will let you guys know.