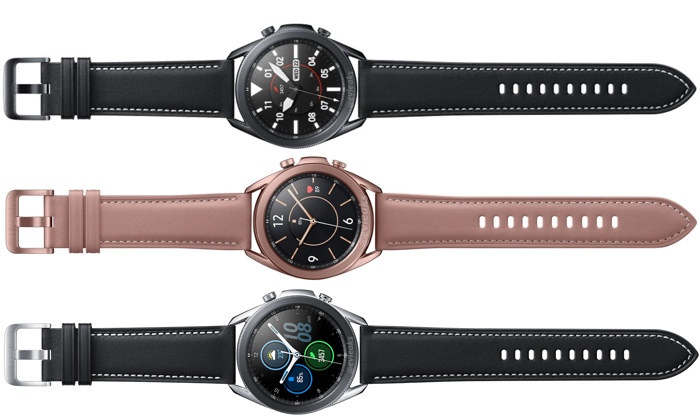 Last week we saw a leaked photo of the new Samsung Galaxy Watch 3, the photo was released by Evan Blass and now some more photos have been posted online.

There are two versions of the Galaxy Watch 3, one is a 41mm device the other is a 45mm device, the new photos show a 41mm bronze version of the smartwatch.

The watch will apparently be available in three colors, the bronze version, a stainless steel version and a dark metal version, all three colors can be seen above.

We are expecting Samsung to unveil their new Galaxy Watch at a press event in August along with the Samsung Galaxy Note 20.