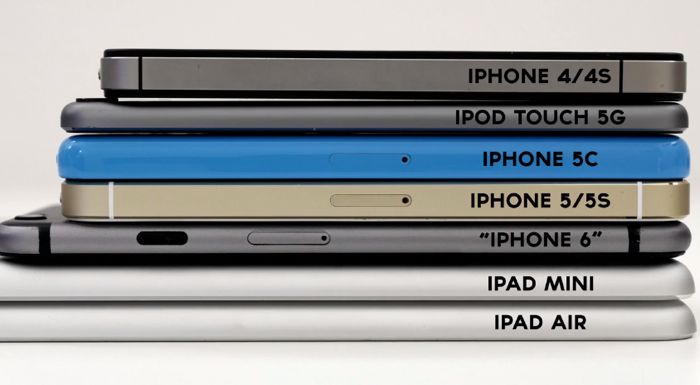 We have already seen a wide range of photos and videos of iPhone 6 mockups, showing us both the 5.5 inch iPhone  and the 4.7 inch iPhone.

An now Dom Esposito from 9 To 5 Mac has put together a cool video using the latest iPhone 6 mockups, in the video the iPhone 6 mockups are compared to a wide range of Apple devices.

The iPhone 6 is expected to launch in September, Apple are rumored to release the 4.7 inch model of their new iPhone in September, the larger 5.5 inch handset will apparently launch in October or November.

Yesterday we heard that both models of the new iPhone may feature a resolution of 1704 x 960 pixel, the handset is also rumored to feature a new 64-bit mobile processor from Apple.

The device will come with the new Apple A8 processor, and it will also feature more RAM than the existing iPhone 5S, it is also expected to get an upgraded camera.

Along with the new iPhone, Apple are said to be launching a new set of headphones that will be used for health and fitness tracking.

Apple iOS 8 will come with a new app called HealthBook, and both the iWatch and new iPhone are said to feature health and fitness tracking features.