We have already seen quite a few parts of what are reported to be for Apple’s new iPhone 5, and now we have another photo which shows even more parts of the handset as well as the new Nano SIM card.

The photo below was posted on a Chinese forum, and it shows the devices back and front casing as well as a number of other parts, including the home button. 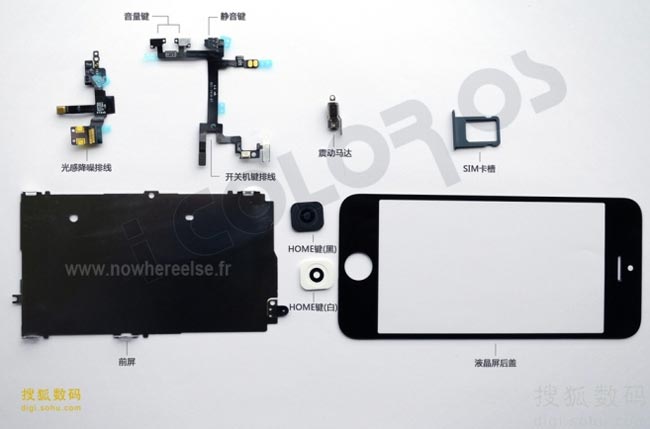 We are expecting Apple to officially announced the new iPhone 5 some time next month, and we previously heard that Apple may announce the iPhone 5 on the 12th of September.

What we know so far if the rumors are correct is that the iPhone 5 will feature a slimmer design, plus a larger 4 inch touchscreen display and will use Apple’s new Nano SIM card.